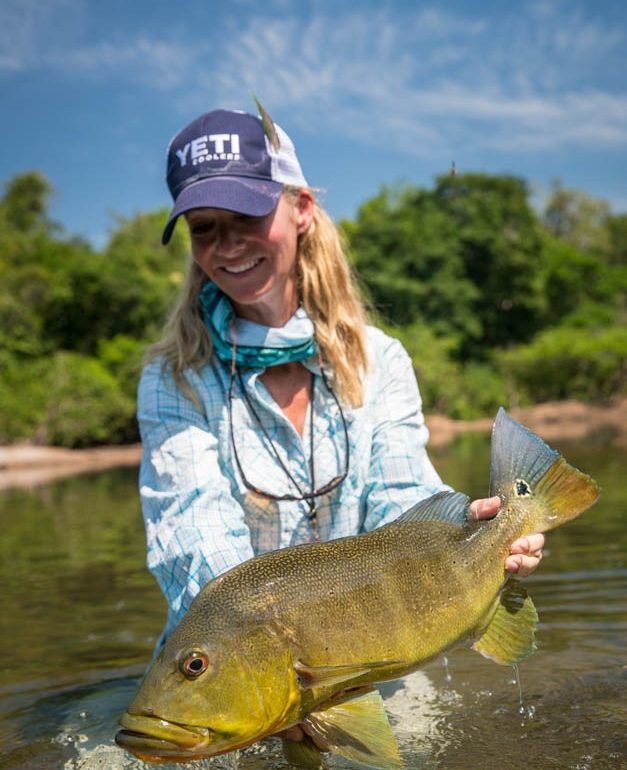 Meredith McCord and photographer, Matt Jones, of Tailwaters recently returned from jungle angling in Kendjam in the Amazon Basin of Brazil with Untamed Angling. We will be featuring Meredith’s daily record of her angling ventures in a nine-part travel journal. This is part eight.

The morning began with a beautiful sunrise and Augustine’s excellent egg scramble and coffee in my forever hot YETI Rambler. I couldn’t help but be drawn to fish busting just on the rock point right off our campsite, so grabbed my rod and headed out, hoping to put yesterday’s tough day behind me. Sure enough, fourth cast out, and I managed to land a nice little peacock bass. 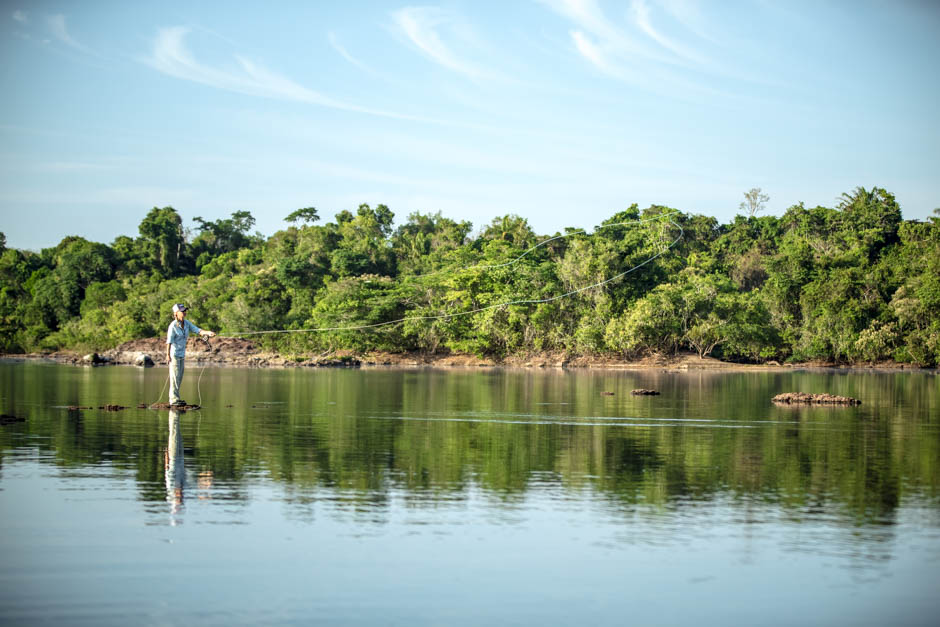 I’ve found that first thing in the morning, when the water is cooler, the fishing is better. This morning was no different, and Matt immediately caught his first wolf fish of the trip, along with three medium-sized peacocks on Ross’ new prototype reel. Super sweet drag and ultralight. Following this trend of biting fish, I managed to land a pacu borracha, a matrincha, and a peacock all in one rapid area.

My highlight of the day was catching lots of six to seven pound peacock bass on Dan Blanton’s blue and yellow Flashtail Whistler 4/0. At one point, Augustine and I doubled up twice. I’ve found once you find the school, you can usually almost catch them all. Bass are creatures of habit that go right back to where you just pulled them out, so cast again, and you’ve got the entire school chasing your fly again. 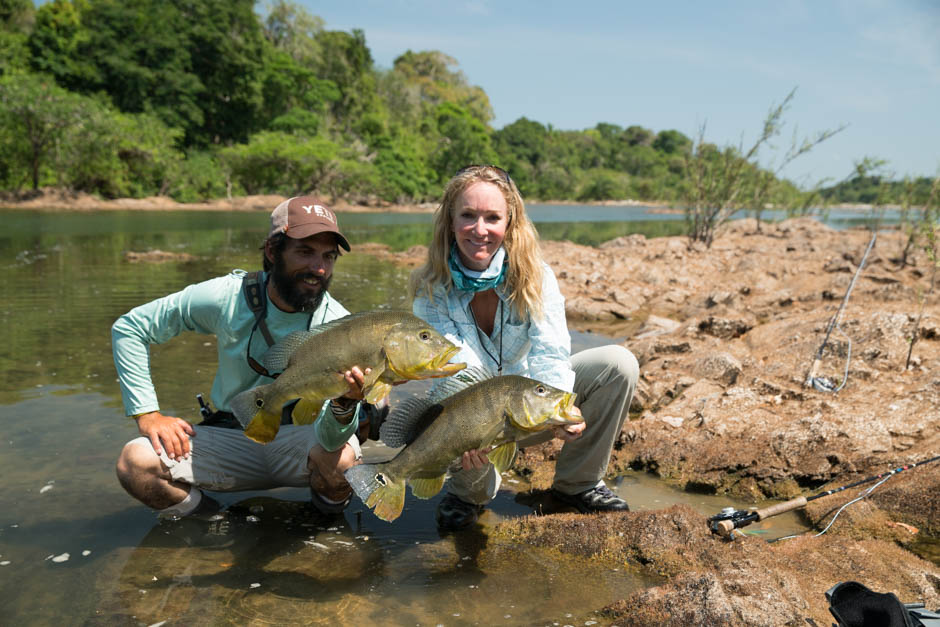 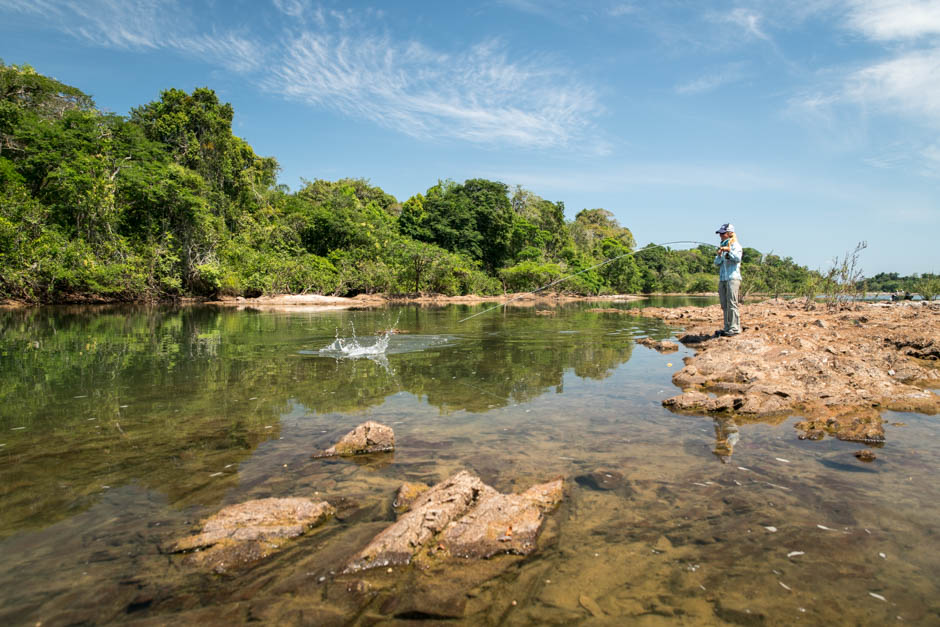 Lunch was simple and perfect. It was a typical Kayapo lunch of tucanare peacocks, grilled whole over an open fire, sprinkled with a little salt, and served on a paddle. As a western add-on we had cold sodas and a kiwi.
The chef’s assistant made a special treat for me on this camping trip: chocolate-covered sweet coconut, dusted with oats on top. Almond Joy has nothing on these! 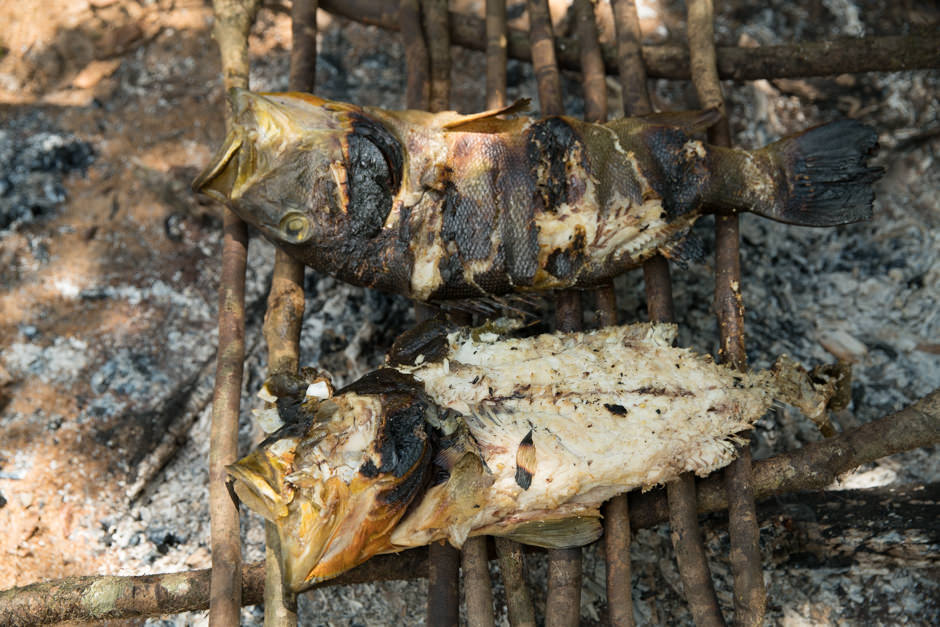 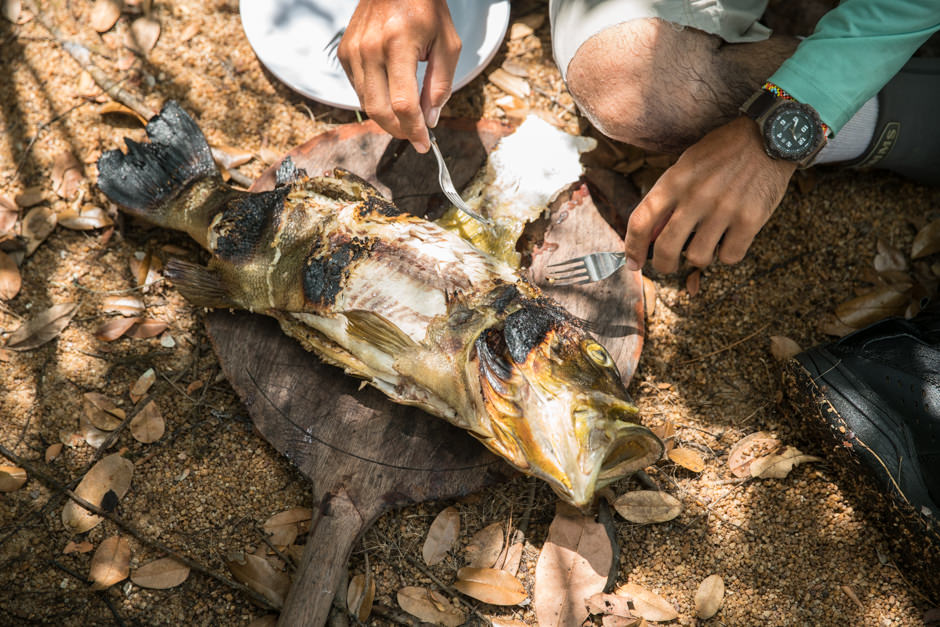 Due to the relentless sun and water as warm as bath water, the afternoon was slow. We couldn’t even see fish in the shallows, so we hit some deeper holes with an intermediate and a sinking line and managed to catch a few more tucanares and a bicuda.

Late in the afternoon, we tried our hand at the infamous payara armed with my Hardy Proaxis 8wt Ross reel with 350 grain sinking line. With a red and white Tarpon Snake by Umpqua, I would throw a long cast out and let it sink attempting to get it down 10 meters. My first retrieval of long, consistent medium speed strips resulted in three consecutive “pop, pop, pop” hits, but nothing going tight. This happened twice more, making it likely that payara hit my fly, but their toothy hard mouths prevented any solid hook ups. I managed to get a piranha chupita, and the most unique fish of the trip – a corvena, that had us all thinking it was a payara at the end other end, as this was the first corvena caught in the existence of Kendjam. 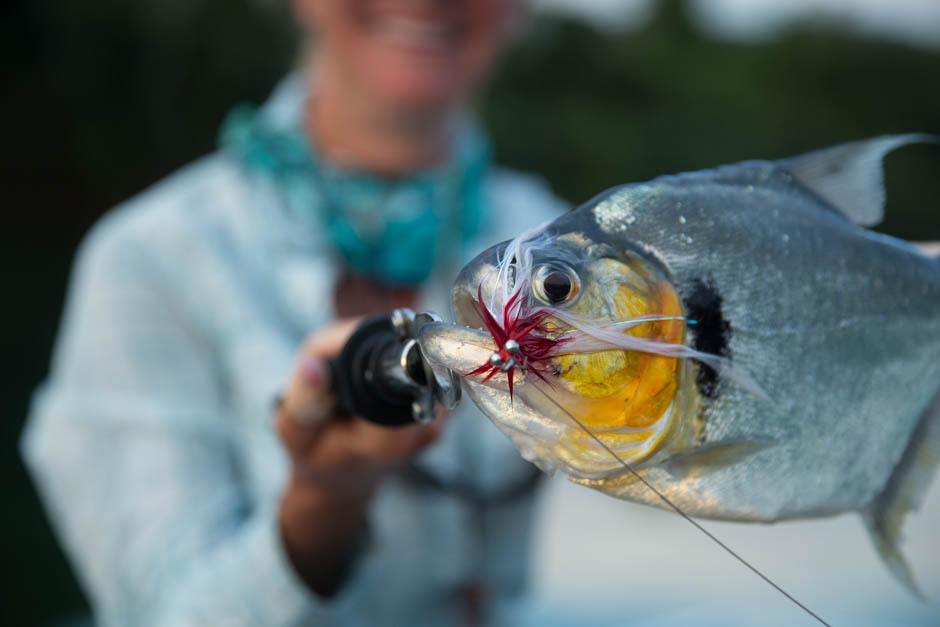 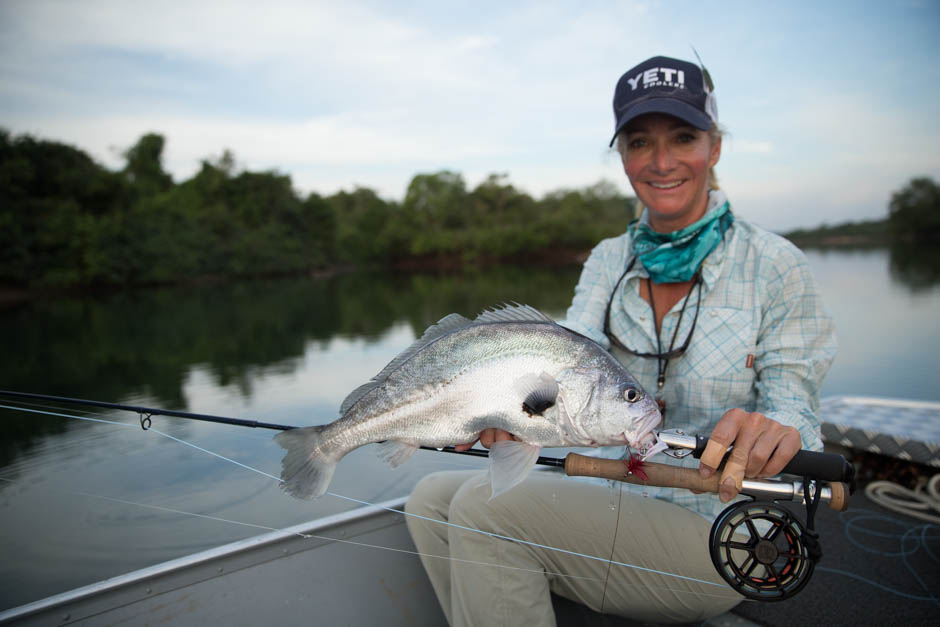