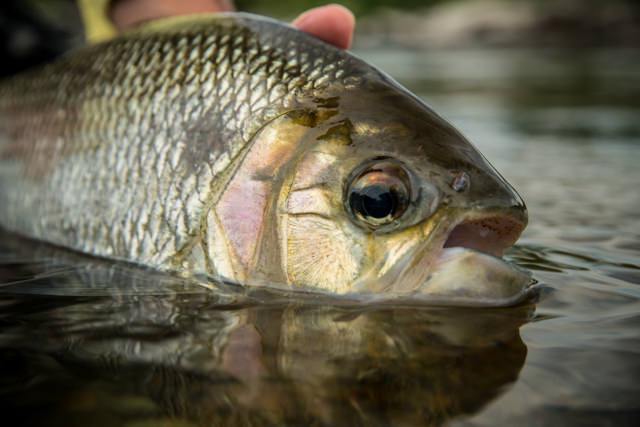 Meredith McCord and photographer, Matt Jones, of Tailwaters recently returned from jungle angling in Kendjam in the Amazon Basin of Brazil with Untamed Angling. We will be featuring Meredith’s daily record of her angling ventures in a nine-part travel journal. This is part seven.

A camping we will go. Augustine, Roberto, Djocro, and I all loaded up in one boat, while Matt was in the longer “luggage” boat with all the camping essentials for the next three days. The day was bright with not a cloud in the sky. With an 8 am departure, we were sweating through our clothes by 9 am as we headed upstream in search of more fish and a campsite for the night. After several hours of navigating rapids, rocks and narrows, we made it to our first potential fishing spot. We were all excited and optimistic based on our first day, as we saw water stocked full of pacu and matrinxã on our way downstream to the lodge. Unfortunately, with no rain and only bright sun over the last four days, the water had done nothing but drop and heat up. Not good for this fishery. 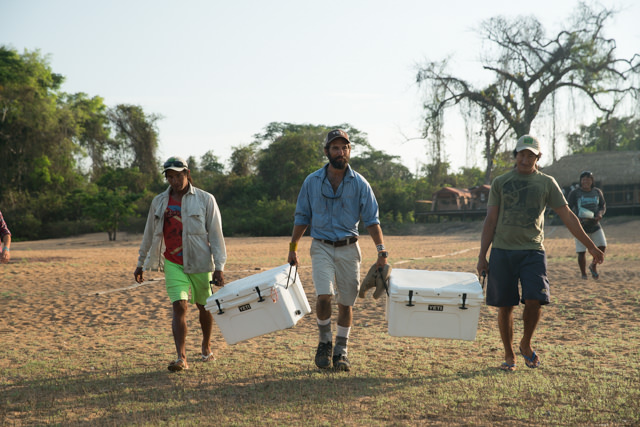 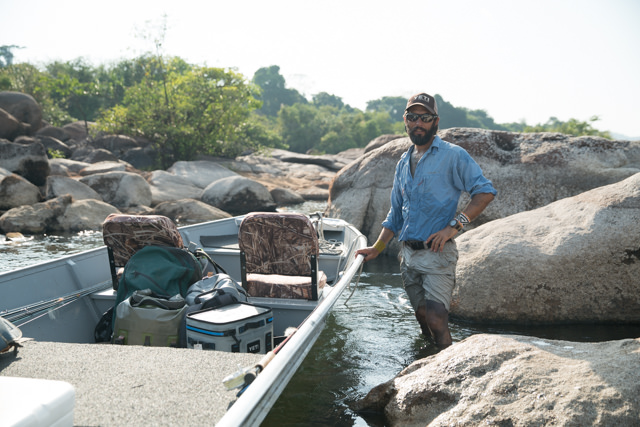 Finally, just before lunch, we caught a few tucanares on Umpqua’s new black, red, and white Jungle Love. This new 2017 fly is killer because Umpqua put rattles in them. I’ve found that peacocks, as well as all bass, love the vibration and shake of the rattle.

To ensure their bellies would be filled, our Kayapo friends hand-lined a few peacocks and piranhas with their cool “fishing rig” armed with a fly and a weird grub that they find in a nut-like shell. The hopper-looking grub is encased in such a hard shell that the only way to get into it is by cracking them open with a rock.

The highlight of the day was witnessing Roberto catch his first pacu (borracha) of the week. This was especially sweet as it was his last day (he left early the next day for meetings back in Rio). And Matt put down his camera and caught a matrinxã within 30 seconds. Not only can Matt cast beautifully, but he just catches fish! Every time he picked up a rod during this trip, he caught a fish within five minutes. 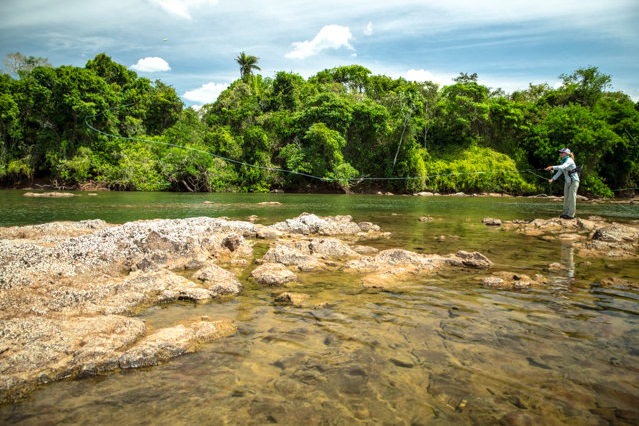 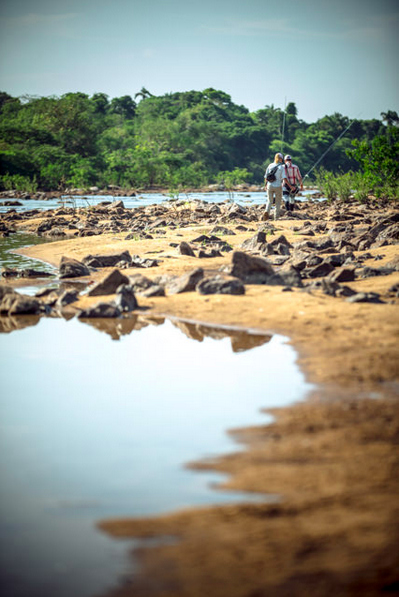 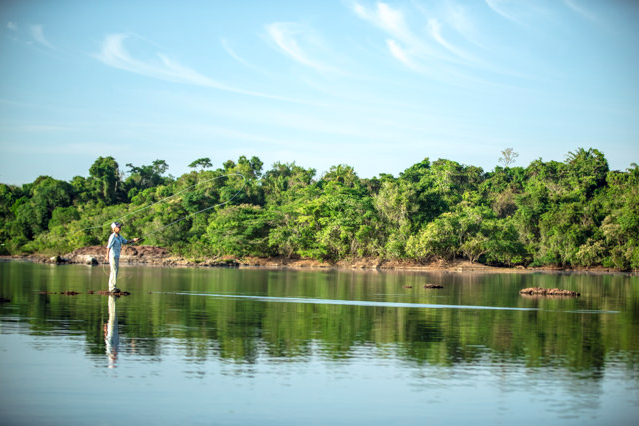 Overall, it was a tough day. We saw lots of pacu and matrinxãs but very few seemed to have the energy to eat. We stayed at it until the sun was low on the horizon and we knew it was time to call it quits and find a campsite for the night. Finally, after another hour up river, we found the perfect site to pitch our tents and set up camp for the next few nights. Right before the sunset, Rodrigo appeared in his straw hat with two others to join us for the night, as it was too late for him to make the four hour trip back to the lodge. 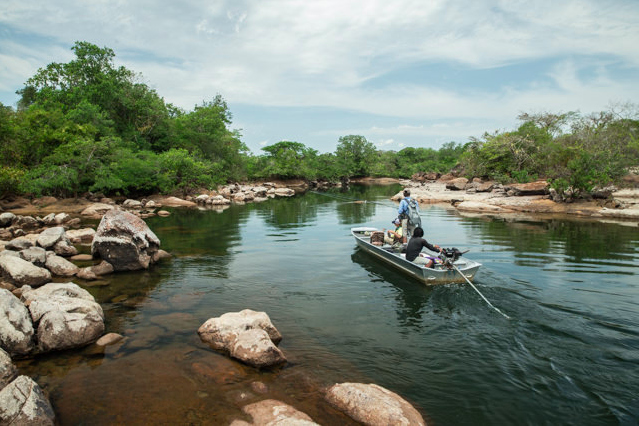 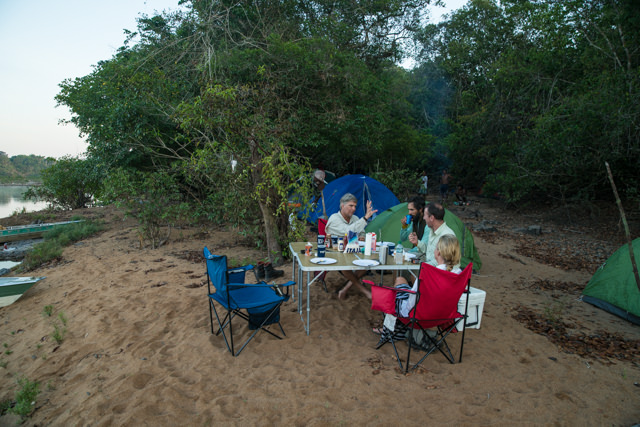